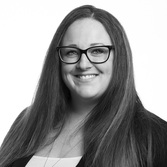 TOSA Innovation Strategist for Beaverton School District. I work with buildings in the district to get them Future Ready. I previously was an 8th grade language arts teacher for 11 years and a flipped ELA classroom teacher for 3 years! I also worked with 1:1 iPads for two years.

I have wrote a chapter in the book Flipping 2.0, and have been presenting nationally for three years. This year I was able to attend the Apple Learning Academy and am now a certified Apple Learning Specialist. Currently I am obsessed with Sketchnoting, Bullet Journaling, and Bloxels!